Gun violence is one of the biggest threats to Americans and Iowans’ public health, and is listed as one of the American Public Health Association’s main topics of concern because “Guns kill more than 38,000 people and cause nearly 85,000 injuries each year…”

As part of our team’s Public Health week series, we are going to take a closer look at gun violence in our country and state, and the continual threat to public health that it causes.

US tops rankings in gun violence

Despite these numbers, efforts for common sense gun reform are consistently blocked by NRA-backed Republican lawmakers, even though a majority of Americans, 53%, support stricter gun laws. This number increases when presented with specific laws, with 86% of Americans supporting universal background checks, 70% supporting a ban on assault weapons, and 66% supporting the creation of a federal database to track all gun sales.

Here in Iowa, Republicans weakened state gun laws in 2021 when state lawmakers repealed a law that required background checks for handguns and at the same time they passed a law allowing permitless-carry throughout the state.

Despite a Des Moines Register and Mediacom poll that found 67% of Iowans opposed permitless-carry and the clear dangers to public health, Iowa Republicans continue to attack responsible gun safety measures.

“Gun violence is an epidemic in this country, and Republican lawmakers continue to block meaningful gun reform legislation,” said Matt Sinovic, Executive Director of Progress Iowa. “We need to listen to the millions of Americans who are calling for change, and do better to protect our communities.” 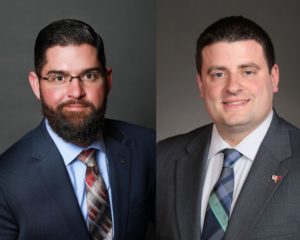 For many years, Iowa has ranked low for states in this country for gun violence, but crimes with guns are on the rise. There was a 23% increase in shootings in Iowa between 2019 and 2020, including an 80% increase in homicides with a gun.

And just two months ago, police officers in Des Moines expressed concern to Local 5’s news team about the rise in violent crimes with a gun happening in the metro.

“Gun violence severely impacts public health due to the large amount of lives lost every year,” said Esha Bolar, Executive Director of March for Our Lives Iowa, a gun law reform group. “This is an issue that needs to be addressed immediately in our state.”

According to EveryStat.org, Iowa is averaging 302 gun deaths per year. This is nearly a 55% increase from the average gun deaths in Iowa in the years 1999-2001.

However, gun violence against others isn’t the only tragedy happening in Iowa, as much of Iowa’s gun violence is self-inflicted.

According to Giffords.org, 78% of gun deaths in Iowa were caused by suicide, nearly 20% higher than the national rate.Death by gun is the most common, and tragically the most effective, way for a person to commit suicide. Suicide by gun has a fatality rate of 90%, exponentially higher than the average for other ways to commit suicide, which is 4%.

Gun violence is one of the greatest epidemics facing the American people today, and unless common sense gun reform laws are implemented soon, the rates of gun violence are only going to increase.

This story was updated to include a quote from March for Our Lives Iowa.