Most citizens don’t know that Republican leaders in Iowa, Utah, Kansas and Florida are limiting journalists’ access to open-to-the-public legislature and gubernatorial sessions. This begs the question “what issues and policies are GOP elected officials trying to hide?”

Furthermore, what is there about the First Amendment to the Constitution – specifically freedom of the press – Republicans don’t understand? Maybe GOP’ers are demonstrating their anti-democracy intentions, giving favor to control the media as witnessed by fascists countries such as Russia, China, North Korea and Venezuela.

According to information published by Freedom of the Press Foundation, 72 media access denial incidents occurred in the last 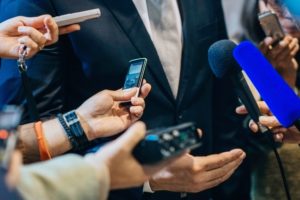 In Florida, the GOP governor blocked multiple journalists from covering the signing of a controversial election bill (ibid, May 6, 2021). Journalists in Iowa, Utah and Kansas were kicked out – by Republican leaders — of their historic press benches on the senate floor and moved into a gallery. The press bench permitted reporters to observe debate, have immediate access to legislators and report the facts. The new rules allow legislators to duck out and run away from journalists, avoiding being held accountable by their constituents (ibid, Jan. 4, Jan. 7, Feb. 2, Feb. 15).

Steve Morris, who led the Kansas GOP from 2005 to 2013, wrote in a Kansas Reflector editorial, “Placing restrictions on journalists in the Senate chambers suggests there is something to hide or that leadership is taking unwarranted and unnecessary retaliation against reporters” (The Inquirer, Feb. 18).

After Parker Higgins of the Freedom of the Press Foundation spoke with Iowa and Kansas reporters about the restrictions and said “. . . in terms of doing your job quickly and effectively, you can’t get that from the public gallery” (ibid, Feb. 4).

Richard Gilbert, press secretary for Iowa Gov. Robert D. Ray (Rep., 1969-1983) wrote an op-ed for Julie Gammack’s Potluck (OkobojiWriters, Jan. 9).  Reflecting on Republicans restricting access to the media, he stated “. . . it is enough to set off alarm bells for anyone who cares about clean and open government at all levels.” 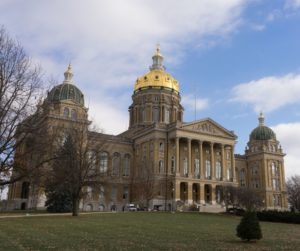 Gilbert continues “as (Gov.) Ray’s press secretary . . . my job was not to control access to what went on in state government. It was to make the information accessible.” Gilbert lays it on the line for voters who are witnessing freedom of the press restrictions: “which brings me to the obvious question – what’s the objective of stonewalling or making it more difficult for the reporters covering deliberations of the Iowa (and other states) senate? What don’t these elected officials want the people . . . to know or see?”

Gilbert’s candor is refreshing: “if legislators want to extract petulant payback on the press corps because the coverage of their august body is often embarrassing, then perhaps they should quit doing and or saying so many stupid things.”

“Why don’t these elected officials want the people… to know or see?” 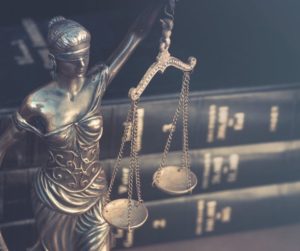 Oh, wait! We’re already witnessing those draconian measures in GOP-controlled states. The next authoritarian action by Republicans should be of no surprise.