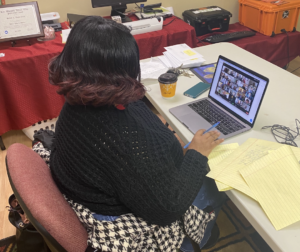 On January 27th, the five Democratic Legislators elected me as the Chair of the Legislative Black Caucus.
I am anxious to take the lead on this very important and much needed initiative.

Representative Ako Abdul-Samad first introduced the idea of forming a Black caucus to me in 2012.  Then, it took both of us six years to convince the Black Legislators at the time, of the pressing need to identify ourselves as “black leaders” who have an additional mission to serve the people of Iowa. 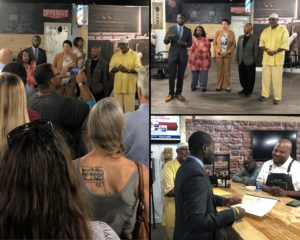 In September 2019, we held our first official fundraiser at Platinum Cutz in West Des Moines. That night, we introduced ourselves and our mission to dozens of supporters who came to celebrate our inaugural fundraiser.

Where We Are Today

Our first publicly visible accomplishment was in the summer of 2020. After the death of George Floyd and the civil rights movement that followed, the Iowa legislature unanimously passed a police reform bill, banning most police chokeholds in the our state. 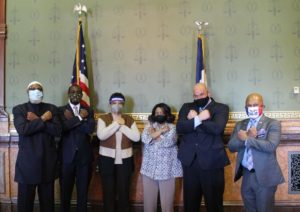 Currently, the five of us are determined to get the minority impact statement applied to every bill that is voted on in the House.  These statements provide additional information about how each piece of legislation that is passed may affect minority communities. Iowa became the first state in the nation to sign into law the usage of minority impact statements. We know these reports are so important because minorities in Iowa are often disproportionately affected by some legislation, especially those related to healthcare.

Finally, the members of the Legislative Black Caucus and I also plan to hold town halls in each one of our districts. We hold these meetings to keep our constituents abreast of what we’re doing and to listen to their concerns. Lastly, we plan to introduce bills that will have a positive impact on the minority communities of Iowa.

I am proud that Iowa can finally join the ranks of the many states that have legislative Black caucuses.

Photos courtesy of Madison Kearns, a Des Moines based activist.

State Rep. Ruth Ann Gaines of Des Moines serves Iowa’s 32nd House District and is the Chair of the Legislative Black Caucus. Before being elected to the legislature, Rep. Gaines taught for 40 years at East High School, and has recently finished up her 50th year teaching at DMACC.
Copy Link Link was copied