Water Quality Issues have been Ongoing in Iowa

Our state is dealing with major widespread agricultural issues that require stronger plans and faster action. 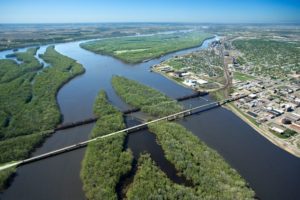 As a farmer in Jefferson County and a soil scientist by training with a PhD, I want to focus on two key issues that affect us, our health, and our land.

We know that we have some big problems in Iowa with water quality. The Environmental Protection Agency, years ago said, Iowa needed to have a plan to fix our water quality problems. In 2013, finally they came up with the Iowa Nutrient Reduction Strategy (NRS) and it targets nitrogen and phosphorus. The reason for this demand by EPA is due to the Dead Zone in the Gulf of Mexico, because our phosphorus and nitrogen go down the rivers and end up creating the Dead Zone.  It’s 2022, and we haven’t made any progress; it’s been 9 years. Dr. Chris Jones from the University of Iowa measured how much nitrogen has been coming down the two rivers that surround Iowa, the Missouri and Mississippi, and he found that there’s now more going down the rivers than before. 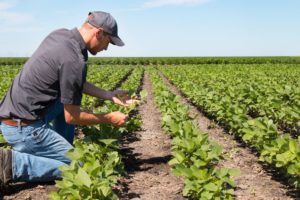 in place. They never address the fact that we are losing ground elsewhere as well: putting more drain tile around the state. The key thing that people don’t recognize is that our corn and soybean rotation in Iowa is inherently leaky of nitrogen. It’s not only that we’re applying too much nitrogen, but that corn and soybeans only live for about five months of the year. Most of the year there are no live roots to utilize it. When it rains–since nitrate is water soluble–the rain takes that nitrate right through the soil profile to the tile drains and down the rivers to the Dead Zone.

We have to do something more drastic to make that happen. In the past, I have called for each farm to have a water quality plan. Farmers currently have soil conservation plans in order to get federal funding if they have erosive land. 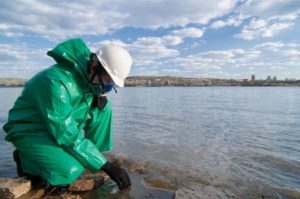 Only about three percent of Iowa’s corn soybean acreage have cover crops on them when corn and soybeans are not growing. We are not making a lot of progress in improving on that. Research shows that cover crops will reduce nitrate leaching by 30%. However, cover crops by themselves will not get us to the NRS goal of reducing nitrogen loss by 41%.

The second issue our state is dealing with is Concentrated Animal Feeding Operations (CAFOs). They’re proliferating all across Iowa. They are a burden that rural residents are being forced to bear. 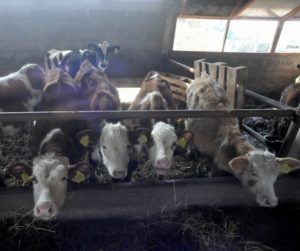 It’s not only an issue of smell, it’s an issue of health. It’s an issue of quality of life, and of property values. It’s continuing to grow and grow. We don’t have local control over where these are put. Now, there’s been an effort to put in place a moratorium on the building of new CAFOs. Around 20 counties have supported that resolution to have a moratorium on building new CAFOs until our water quality is improved.

I call upon our legislature and fellow Iowans to do something and be solutions-oriented about water quality and CAFO proliferation. Both are violating the rights and health of our rural residents and land.

Francis Thicke is a soil scientist and organic dairy farmer. He has served as the National Program Leader for Soil Science for the USDA-Extension Service and was the 2010 Democratic candidate for Iowa secretary of agriculture.
Copy Link Link was copied